Oliver Sacks is quite a man. He is a Professor of Neurology and Psychiatry at Columbia University; he is a Fellow of the Royal College of Physicians; he is the first and currently only Columbia University Artist, an honour bestowed on him in recognition of his contribution to the arts. The Mind's Eye is his enthralling book about sensory perception and how the brain finds astounding ways to circumnavigate the loss of abilities such as facial recognition , depth perception, the ability to recognise everyday objects or the loss of the ability to read, while retaining the ability to write. It is a thoroughly fascinating read in which he uses examples from his own patient case histories, his own longstanding sensory challenges as well as an intimately documented account of his encounter with eye cancer. It's an easy read with so much to teach us about how some of the people who make up the kaleidoscope of beings that is humanity are navigating their way through life.


The Pleasures and Sorrows of Work - Alain de Botton

This is the best book I have read all year and de Botton is my new favourite author!
I don't ask for much. I only want to be entertained and educated. de Botton does this for me in a way no author has done for me in a while. The book hasn't received the best reviews out there but I loved it. His style is amusing and yet highly illuminating as he whimsically takes us on a journey in which he documents how tuna ends up on your plate, how biscuits end up in your cupboard, accountants and the environment they work in, cargo ships, a man who has spent years painting a tree in a field and he even goes hiking along a trail of electricity pylons. Electricity pylons, that's right. Thanks to de Botton I have found a deep respect for and admiration of electricity pylons for heavens sake!
"The real insights here, however, relate to the way in which work (as de Botton sees it) is both a validation of the true purpose of our existence – and the most assertive way to 'rage against the dying of the light' – in other words, to keep at bay the daunting realisation of what a brief flicker of existence we have. It's a book that is both affirmative and (in its eccentric fashion) quietly persuasive". -Barry Forshaw,
"Clever, provocative and fresh as a daisy" - Literary Review on The Architecture of Happiness
Full of splendid ideas, often happily and beautifully expressed . . . an engaging and intelligent book - Independent on The Architecture of Happiness
Read it!

Cornel West is the University Professor at Princeton University where he did his PhD. He graduated Magna Cum Laude at Harvard. He marched in the civil rights demonstrations and in high school he led protests in demand for the introduction of black studies. In the third grade, he punched his teacher after she slapped him for refusing to salute the American flag. His uncle had been lynched and wrapped in an American flag during the "Jim Crow" days of segregation in America.
This man is such a force of nature. He is an intellectual whose action is driven by love and who lives his life with a passion that is highly endearing if not infectious.
"I have tried to be a man of letters in love with ideas in order to be a wiser and more loving person, hoping to leave the world just a little better than I found it."
He has had a lifelong romance with music, calling himself  "a bluesman moving through a blues-soaked America, a blues-soaked world, a planet where catastrophe and celebration- joy and pain sit side by side".  He has a spoken word and hip hop album, "Never Forget: A Journey of Revelations" which features Jill Scott, Talib Kweli, Black Thought, Prince, Rhymefest and Andre 3000 among others. If you are interested in American politics and social issues you may want to listen to this CD, which is available on the Cornel West official website. You can also listen to some interviews with Dr. West on http://bigthink.com/cornelwest where he discusses everything from why he beat up his teacher, jazz, the blues, funk and soul, his views on Barack Obama, all the way to Kafka's "Metamorphosis" and how that relates to the paradigms in which we find ourselves trapped today. Cornel West's memoir shows us how this extraordinary man has led a life full of colour and rage and mistakes and remarkable accomplishment. He is quite something.
"Never forget that justice is what love looks like in public." - Cornel West 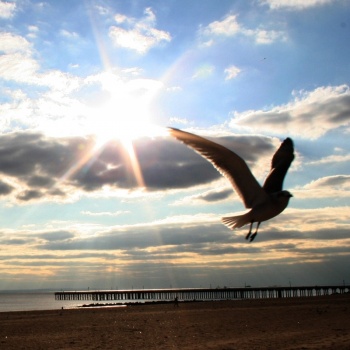 Cupped in your hands
I am melting languidly
Into cracks and open spaces
Pour me into the core of the earth
Let me fill it with molten warmth
I am very slowly exploding
Into seven billion shards
In the palm of your hand
Blow me into the wind
Let me settle everywhere
On brown skin
On falling raindrops
On raging fires
And a thousand grains of white beach sand
Let me see your face
I want to hear your voice
I need to know that I am safe
Because I am melting
I am exploding
And I’m waiting
In your hands.

Posted by Unknown at 7:18 PM No comments: Links to this post

Email ThisBlogThis!Share to TwitterShare to FacebookShare to Pinterest
Labels: Poetry

"The Immortal Life of Henrietta Lacks"

A friend of mine plays cricket recreationally and is not embarrassed to admit that his team sucks. Going into a match he is at peace with the prospect of imminent defeat and makes a decision that his is not to win, his is just to play. If he can take some wickets and have fun with his friends in the process, then that is enough for him. As a person with a competitive streak and an all or nothing attitude who has struggled for years against a need for perfection, I was somewhat taken aback by his acceptance of his limitations and readiness to lose. I must admit though, that allowing oneself a little room for failure is in fact quite liberating. This is especially so if one makes a point of recognizing opportunities for, and celebrating small victories or minor accomplishments along a journey one knows will end in defeat. I have heard it said that accomplishing a goal is not nearly as important as what you become in the pursuit of it.


A couple of weeks ago I read The Immortal Life of Henrietta Lacks by Rebecca Skloot. When I bought this non-fictitious work I had very high expectations. This would be an inspiring story about a black woman’s immeasurable contribution to medical science and humanity. Then I read the first two pages which were praise for the book from The Times, New York Times, Metro, the guy who wrote Fast Food Nation and others. They spoke of racism, greed, exploitation, scientific ethics and crippling poverty. After I read words like thorny, provocative, harrowing, idealism and faith I figured it would be an uplifting story about triumph over adversity and justice for a disenfranchised family. I mean, let’s face it, immortality can’t come easy. Well…

I want you to read this book. Go to a bookstore and buy it as soon as you can because everything I am about to write about it is shamefully and vastly inadequate. I know this. So I want you to read it yourself because it deserves to be read and you deserve to know this richly and skillfully told story. What is it about, then? A woman called Henrietta Lacks, HeLa cells and the life of Henrietta Lacks’ family.

Henrietta Lacks: a sixth grade educated woman who grew up in a log cabin previously inhabited as slave quarters by her very own ancestors on a small tobacco farm in the American south. She married her cousin David and they moved to Turner Station not far from Baltimore. She died of a vicious case of cervical cancer on October 4, 1951 after months of indescribable physical pain and failed radiation therapy that only managed to char her insides black, having no effect on the tenacious tumors that covered her organs. She was thirty-one years old and a mother of five.


HeLa: cells grown from a tissue sample obtained from Henrietta Lacks’ cervix during an operation at Johns Hopkins. They are the world’s first immortal human cell line. HeLa cells have been growing continuously in culture for decades. This very day, in labs all over the world, billions of her cells are used as a hardy and resilient workhorse for all kinds of scientific exploit. They have been used in research on cancer, HIV, polio, STDs, appendicitis, the effects of working in sewers and a host of other studies… HeLa cells have been used to develop treatments for haemophilia, leukemia, herpes, Parkinson’s disease and many other ailments. As long as they have nutrients Henrietta’s cervical cells don’t die. They have outlived her by fifty years and they were taken from her body without her knowledge or consent, nor that of her family.

The Lackses were black people living in America at a time when black people were very much second class citizens. Their lives were punctuated with all the usual symptoms of systemic socio-economic and social disenfranchisement: lack of education, physical and sexual abuse, relentless poverty, substance and alcohol abuse, untreated health issues and uninformed risky behavior. If ever there was a family with limited prospects it was the Lackses.

After her mother’s death, Henrietta Lacks’ daughter Deborah was confused and plagued with fear by what she heard had become of her mother’s body parts. She and the family also had a strong sense of having been robbed of something or taken advantage of given the wide use of these cells in the scientific community. Henrietta’s family was angry and wanted someone to pay. It somehow seemed surreal to them that Henrietta’s cells were sent up into space or blown up in an atomic bomb while her husband and children remained in abject poverty. However, decades after losing her mother Deborah came to a point where she acknowledged that despite being the daughter of someone who had (unknowingly) made an invaluable contribution to the world, she and her family had many inherent limitations that they would never overcome. They would never be able to fight the corporations and researchers making money off her mother’s cells and exact any kind of financial recompense; they would never be able to obtain an apology from those they felt had done them wrong. The Lackes had neither the intellectual nor financial tools to beat those who were exploiting them.

So Deborah did what my friend did with his cricket. She made it about small personal accomplishments and freed herself of the burden of wanting a big win. This poor and uneducated woman took it upon herself to school herself on HeLa and understand what it meant for a part of her mother to be “immortal.” She went back to school; she “Googled” HeLa research and attended symposia and conferences where HeLa cells were used. She decided that Henrietta’s legacy or her big win should be that her grandchildren and great grandchildren would be better educated than she was and become more than the sum of the suffering of their forebears. Today, the Henrietta Lacks Foundation has been set up by Rebecca Skloot in order to support the educational development of Henrietta’s descendants. A fitting legacy I reckon.

Posted by Unknown at 7:04 PM 2 comments: Links to this post

Who runs the show?