Wednesday's child
Have you ever felt the threads of your existence unraveling?
Felt like you were at the centre of a giant turntable
Watching your life pass you by,
Seen the day you first spoke,
Heard your first lie?

At the edge of the world he stands
Orange moon-lit night
I’m going, going, gone
He soars, he does not jump.

Have you ever felt the threads of your existence unraveling?
Felt like you were at the centre of a giant turntable
watching your life pass you by,
seen the day you first spoke,
heard your first lie?

Seventeen years old, navigating some dramatic life changes and suddenly aware of one’s agency over life, aware of its fragility and beginning to wonder about meaning.

The Day
A brand new day,
a brand new world,
the synergy of man with the earth,
the dust from which he rose,
and the spirit with the wind,
the breath with which it whispers.
An ornamental sunset,
a warm, gentle breeze,
a song in the air
and a silver-lined cloud.
A pitcher breaks at the fountain.
A spring runs dry.
A feather floats willfully into the sky,
abandons a broken wing.
Why is it leaving us?
Where is it going?
A silent sunset,
a turbulent night of stormy wind and confusion.
Hopefully, but tentatively?
The sun starts to rise,
an endless sunrise,
a golden sunrise:
the augury of
a brand new day,
a brand new world.

An interpretation of death, a year after the death of my father.

The Dreamer
He likes to watch the world revolve;
people driving each other insane,
causing each other intolerable pain
and then in the night he dreams the pain
night after night, again and again.
He dreams the pain and it makes him sick;
it becomes his life against his will
and people wonder why he’s ill.
They wonder why but then they still
drag each other down the great uphill.
He likes to watch the world revolve:
people experiencing the keenest emotion.
drawn to each other by mutual attraction
And then in the night he dreams of compassion
of a world that communes in harmonious fashion.
He continues to watch the world which is spinning.
His mind’s in a struggle and he is not winning.
Sometimes he’s happy and he doesn’t mind.
Sometimes he wishes that he could go blind
to the agony and joy that he cannot feel.

This was penned during an exceptionally long and un-engaging church service… what can I say, I was 18! And I have an attention span of about forty minutes beyond which I doodle and day dream…

Live, my little one.
Know that you are strong,
stronger than you seem.
Forgive us our crimes: 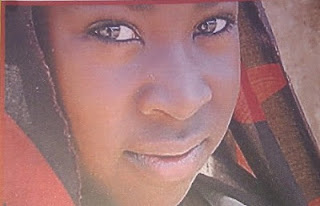 stripped you of your dignity,
starved your body and mind
but look at you still;
Beautiful, graceful, unafraid and unassuming.
your innocence a long forgotten song,
the soundtrack to our guilt.
I can hear it and I see it
in those glazed, unblinking eyes
screaming into the emptiness
louder than the helplessness,
a profound and stark reality
that halts my loudly beating heart.
This is not right.
Is this all the world can offer you?
Hunger, illness, hardship and frailty,
a cover page picture in Time
depicting your vulnerability.
This is your life, this is your world.
Did the war lords burn your village down?
Did a landmine kill your father too?
Can your mother carry you one more mile
in search of water, shelter and food?
Relief agencies and one minute news slots,
street collections and demonstrations,
if this is all the world can give then
the world is not enough.
Live, little one, know that you are strong,
stronger than you seem.
Heaven is yours, hope is yours, beauty is yours
and yours is the song
A prelude of innocence
Written by the Hand of God.

For as long as I can remember, at least 20 years, I have been moved by the plight of the children of the Horn of Africa. This was a letter to those children.

Runners
Clearly
this life is a race
the point of which is not to win.
The point is just to run.
The idea is not to focus on the finish line;
The finish is an ordained imperative.
The aim is not to make an impression
on the multitudes around
who run their own races through time.
The race is a relay spanning generations
in a name, a kinship, in blood ties that run deep:
blood ties that merge and diverge intricately
and delicately.
True runners have a rhythm, an instinctive thirst for perfection,
the fulfillment of which drives
every stride, every breath, every heartbeat
in a fervent attempt to arrive at a place
that holds the meter, rhyme and reason of life.
Modern alchemists and priests of a hard religion
whose every droplet of sweat is a symbolic bead of faith
they run.
Wind in hair and sun in face
they run
with the confident assurance that an elixir awaits,
that there is indeed,
a catcher in the rye.

I wrote this while volunteering at the Two Oceans Marathon in Cape Town. I am always inspired by athletes, their mental and physical discipline, commitment and conviction.

Mindscape
Stars collapse out of a summer solstice sky
And I fall upwards, the insomniac, lucid dreamer
On this endless mental excursion a question arises:
Who are my people and where do they hide?
Surely someone seeks what I seek,
And loves what I love?
Surely there is a life out there whose passions and aspirations
run parallel to mine?
Surely others exist who breathe the same air
and look up in awe at the same starry sky?

My people. People like me.
Who are my people? And why do they hide?

Slowly, slowly, out of the myriad of questions
the answer will rise.
My people are all people.
They are waiting like I wait for the end of the night.
in stillness they lie
and in the words of another,
are dreaming in colour and in rhyme.

Final year of varsity and I was very preoccupied with using my time to serve humanity but feeling isolated in this passion. J Ivy’s magnificent poetic contribution to Never Let Me Down by Kanye West inspired the last line.

Quiescence
Be still.
Consider the praying mantis
Whose silent meditation
Transfixes the mind and accelerates
Beyond the parameters of a finite world.
Wisest is she who knows what it means to be still.

First year out of university and my mind was running over time, impatient with plans to take over the world and yet completely taken aback by the mire into which my country was rapidly declining. Needless to say, this resulted in some serious panic from which I had to gently extricate myself by simply remembering to be still.

The Encounter
I followed your footsteps for miles along the shore
Trying to catch up with a future you promised
In a past I never saw.
Your voice echoes through my mind
Like a premonition of the past,
A fugitive from the future.
Your scent lingers still on my sinuses,
The aroma of destiny,
A pleasant haunting.
Drawn to a stranger like a moth to a flame,
Craving the warmth but afraid to be burned.
Mother warned me of inviting
a strange wind under my wing.
Nevertheless I am carried to a distant shore.

Written via sms with someone I have never met before and who at the time was known to me only as Echo. True story.

Who runs the show?